Africa Plantation Capital is hard at work researching and developing bamboo as a sustainable and renewable energy source. Bamboo, noted for  its fast growth and high production is also referred to as “Green Gasoline”. The energy generated from sunlight per hectare of bamboo per year is equivalent to that generated by 2,000 tonnes of dry biomass.

In theory, photosynthesis could yield 10 per cent of this energy, equivalent to 200 dry tonnes per hectare per annum. In practice, the figure is less than this, with fast growing trees such as eucalyptus giving around 20 tonnes per hectare per annum over a full rotation. In comparison, bamboo is a thoroughbred. With the right genetic material, growing condition and management, bamboo can yield up to four times this amount. Bamboo also puts four times the amount of oxygen into the atmosphere compared to trees. And as a woody grass, bamboo has management requirements and growth rates more familiar to many farmers than those of trees.

Many Asian countries, such as India, Bangladesh, China and Indonesia, rely heavily on bamboo largely for use in pulp and paper, furniture and so on, yet it has been overlooked as a commercial crop in the western hemisphere. Experimental plantations established in the 1950s and 1960s by the US department of agriculture (USDA) proved that the fast growth and yield potential of several bamboo species exceeded the traditional forest products in the southern US.

The USDA, however, concluded that the unusual reproductive cycle of bamboo limited the availability of seed for plantation development. Many bamboo species flower once in 60 years. When they have flowered and produced seeds, the plants then die. The site does not become productive again until the seeds have germinated.

However, this is not the whole story. The intriguing phenomena of gregarious flowering is a feature of many bamboo species. Somehow, each individual of a particular species flowers and dies at the same time worldwide, in spite of the fact that they can be separated by continents or the fact that the flowering cycle could be decades long and occuring at irregular intervals.

The difficulties associated with the seed shortage and gregarious flowering can be overcome by selecting a species that does not exhibit gregarious flowering and by using vegitative propagation to create the planting stock. The rhizome transplant method was found to be both expensive and unreliable.

The term bamboo encompasses over 1200 different species. These are mostly found in tropical and subtropical regions, but also extend to temperate regions. They are native to all continents, with the exception of Europe (though research suggests that they would grow well, particularly in the Mediterranean regions) and are present in a great diversity of size and shapes.

The areas with the greatest diversity are Asia and and South America. Tropical species can produce poles, or culms, up to 20 metres high, and can have a diametre of more than 15 centimetres.

Not all bamboo species have this height, but most grow vigorously. Once the culms have reached their maximum height, sometimes in as short a period as eight weeks, it does not increase in height or girth in the later years, hence the bulk of biomass is produced in this short and explosive period of growth. This growth is seasonal and is closely linked to water availability. Irrigated bamboo is seldom found, nor does it seem necessary when yields of more than 20 dry tonnes per hectare can be achieved with relatively little effort and minimal input. The plants tend to prefer light, sandy soil with low salt content.

Yields are the key to the success of energy farming and they are inseparably related to management. It is then that the potential of bamboo to outperform other plants starts to emerge. Though it was believed that felling of bamboo stands was causing severe damage, tests have shown that felling of culms leads to vigorous regrowth, which means an increase in the amount of biomass the next year. 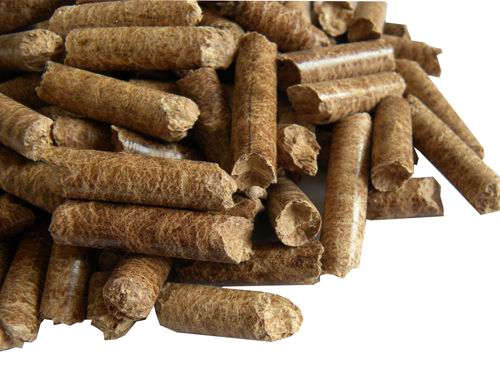 What is more is that it helps avoid some of the diseases, to which neglected stands of bamboo are prone. Tests in India have shown that application of fertiliser leads to a three-fold increase in the biomass yield. On this basis, yields of 80 dry tonnes per hectare per year, for example, will greatly exceed the upper accepted yields of around 20 dry tonnes per hectare per year for commercial eucalyptus plantations. Though more work is needed in these areas, there is more data to justify the enthusiasm for bamboo as a biomass producer than is commonly realised.

How well does the bamboo burn? Early signs suggest that it burns almost as well as wood. While the density of woody biomass varies considerably, the calorific value per kilogramme is fairly similar. A lower moisture content at harvest time gives an energy ‘premium’. The main advantages of using bamboo for energy farming are its superior growth rates, the shortness of the rotation and the ease with which it can be cultivated and regenerated if the right training is done.

The only significant disadvantage is that most bamboo species die after flowering. Unless steps are taken to diversify the source of planting material, this flowering can destroy plantations as has happened in Thailand recently. Cattle also like to eat bamboo and if it is being grown for fuel, care must be taken to fence the area.

The challenge is to establish bamboo plantations on a large enough scale to provide a constant and sustainable supply of power generation. A new scheme of using bamboo plantations for energy generation is now being considered in Honduras. Since much of the bamboo is produced from branches and leaves, transport without some initial processing on site can result in heavy costs.

This can be overcome by chipping  the bamboo on the site and producing a material that can be fed straight into the boiler. As chipping will be required before feeding to the boiler anyway, it is not an extra operation as it merely shifts the chipping from power station to field. Any disadvantages from using a number of small mobile chippers compared to a larger fixed chipper will be more than compensated for by improved transport costs. Growing bamboo and implementing new power generation technology could provide much-needed jobs and clean, renewable energy.

About the Author: admin